On June 16, 2018 we organized our Alumni Guided Tour at Art Basel. This year we were approached by the London club, if we could host this event together – they wanted to visit us and the art show in Basel. See what our event officer, Corinna, has to tell us about their visit and the art show:

On Saturday June 16, short before 5 pm we, alumni from London CU and Basel CU met at Halle 5 Private Tour Desk. Our tour guide, Tyrone Richards, a young artist himself welcomed us. We were equipped with the blue bracelets, and after the last participants trickled in, we departed for our tour of Unlimited, this year taking place for the first time on the upper level of Messe Building Halle 1. Unlimited is Basel’s platform for large-scale installations and sculptures, projected video works, live performances, and anything else that can’t be contained in the art fair booth. 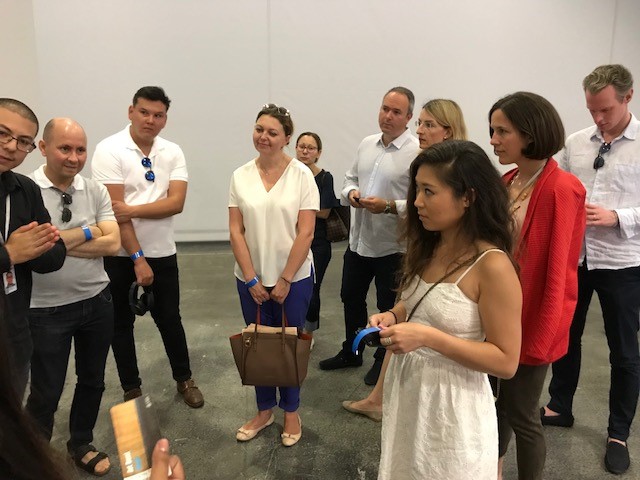 We were greeted by the monumental wall-sculpture of the young Ghanaian artist Ibrahim Mahama’s Non-Orientable Nkansa II (2017), made mainly of boxes used for shoe cleaning and repairing material. The work seems a memorial for Africa. We admired close by, Robert Longo’s Death Star II (2017-18)—a sphere of bullets addressing gun violence—sold to a European museum by Galerie Thaddaeus Ropac for $1.5m—containing 40,000 bullets, which is roughly the number of gun deaths in the United States annually. We observed the interactive art booth of Yoko-Ono’s Mend Piece, where anybody can be an artist, by creating an object of art from pieces of porcelain with rope and glue. At the end the objects were exposed in the booth. 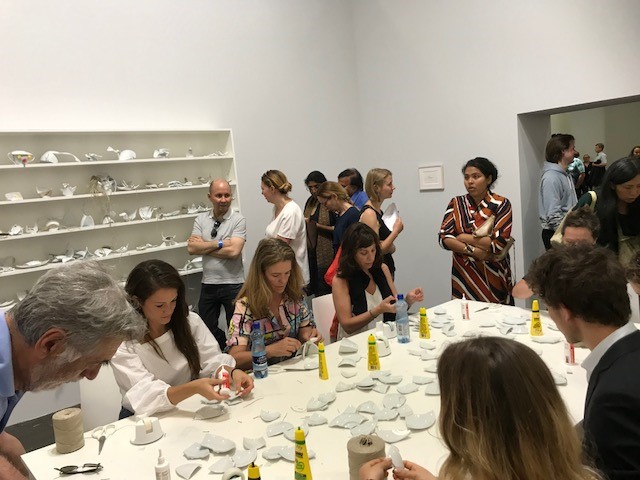 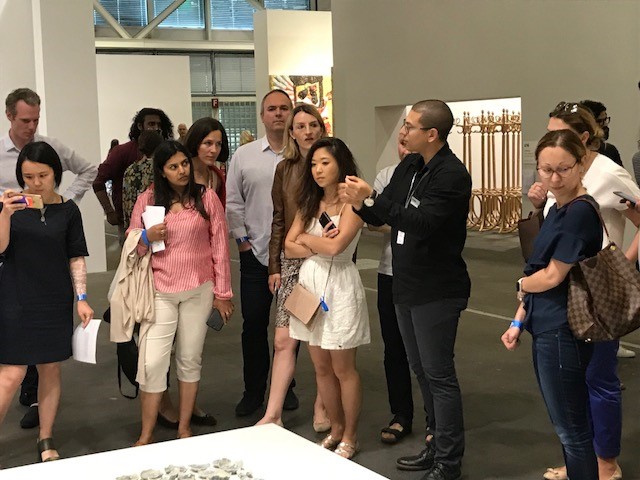 Porcelain fragments were also present in Ai Weiwei’s Tiger, Tiger, Tiger of 201. He ordered 3,020 Ming dynasty (1368-1644) porcelain fragments depicting each a tiger on a white platform. The tiger is a zodiac sign and a symbol of courage in China. His work becomes then a symbol for the strength of cultural memory, but at the same time it shows its fragility.

We carefully approached the sculpture of Lee Ufan, Relatum, conceptualized in 1969, that was installed personally by the artist, who uses the earth as its base, with subtle steel 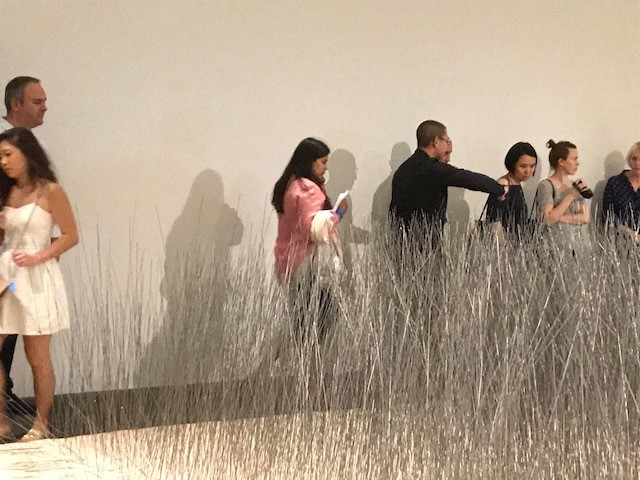 wires reaching to a height of four feet. Lee Ufan is best known as one of the most prominent artists of the Japanese avant-garde Mono-ha movement. His practice focuses on using raw, natural, and industrial elements. We ended our guided tour at the monumental modern version of the “old man that moved the mountain” by the Chinese artist Hu Yong (Old Man Yu Gong Is Still Moving Away Mountains).

It was an Unlimited 2018 where international politics and racial statements played an important role.

I would like to mention the invite to the panel discussion on Saturday by Géraldine Fabris,VIP Strategy Manager Art Basel 2018 and an  alumna from the Columbia University Arts Administration program. Unfortunately, we could not participate, due to time conflicts with our tour.

This year’s Art Basel Tour was organized in collaboration with the London Columbia University Alumni Club (Saraswati Rachupalli). After the tour we had a typical Swiss dinner at Elsbethenstübli with the participants from the London Club. 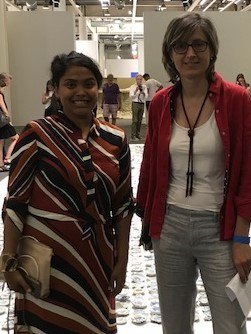